Many awards have a political bias that you only begin to notice if you start to disagree with that bias.

OK, well after Gorbachev but not Reagan in 1990, does anybody really think the Nobel Peace Prize is objective?

It's really a prize for the World's Greatest Lefty.

Michelle Malkin and Bryan Preston on some of the above Nobel Peace Prize winners.

Barack Obama, who has achieved nothing, wins the Nobel Peace Prize 2009 as soon as he arrives in office.

You couldn't make it up. Well, he is the World's Greatest Lefty, I suppose. 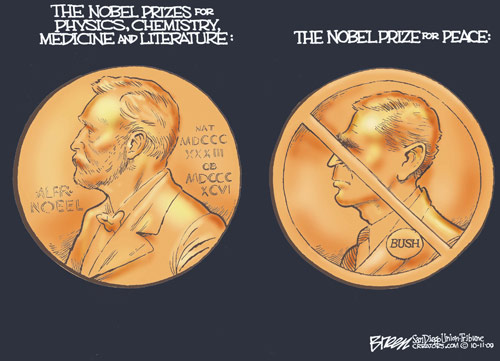 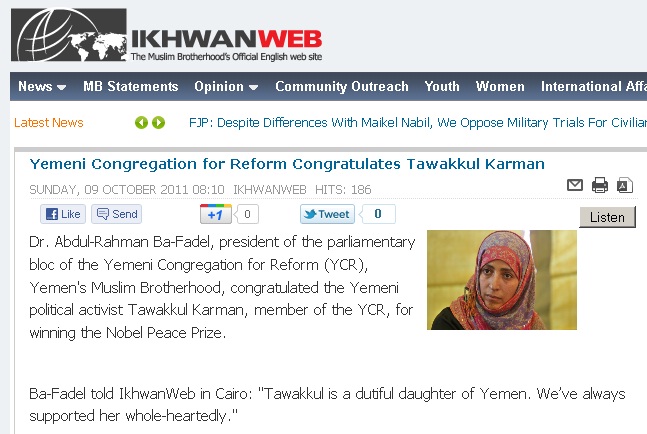