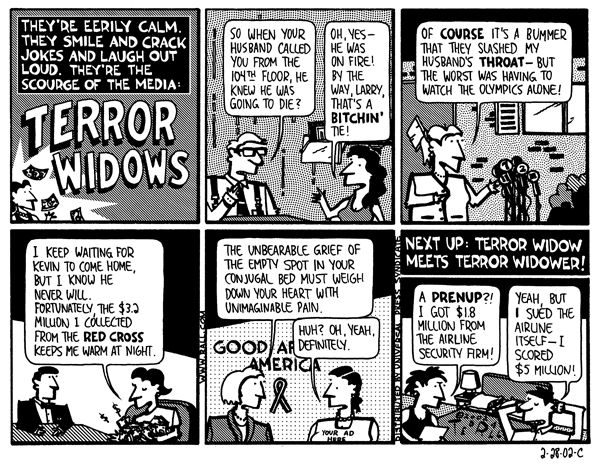 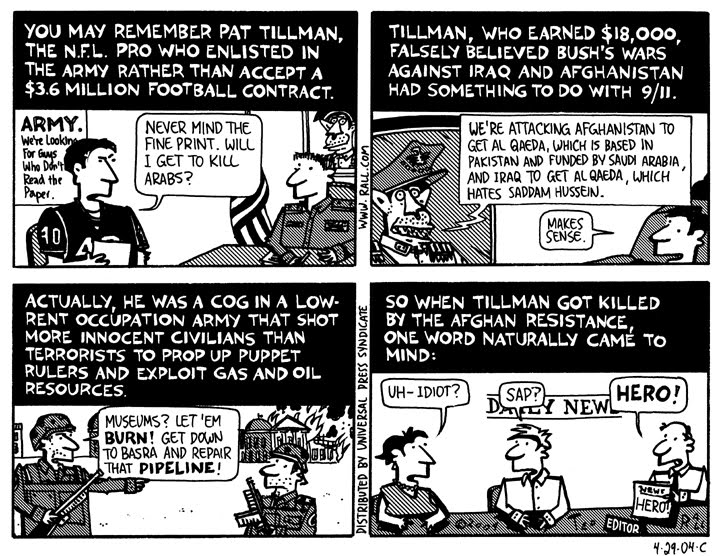 Jihad-lover Ted Rall attacks anyone who fights the jihad, such as Pat Tillman (April 2004).
It makes sense that a jihad-lover would hate those who fight the jihad.
The fascist vermin of the Taliban are the "resistance" to Ted Rall! He does not know the first thing about them.
See: The Left Smears an American Hero, Ben Johnson, 5 May 2004. 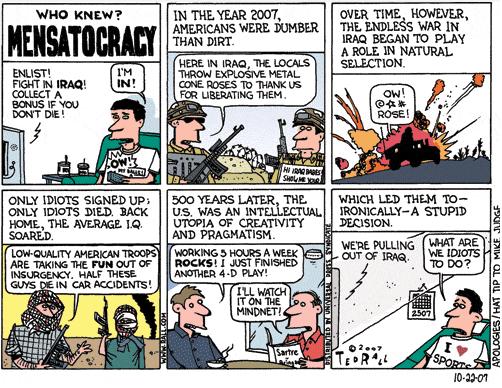 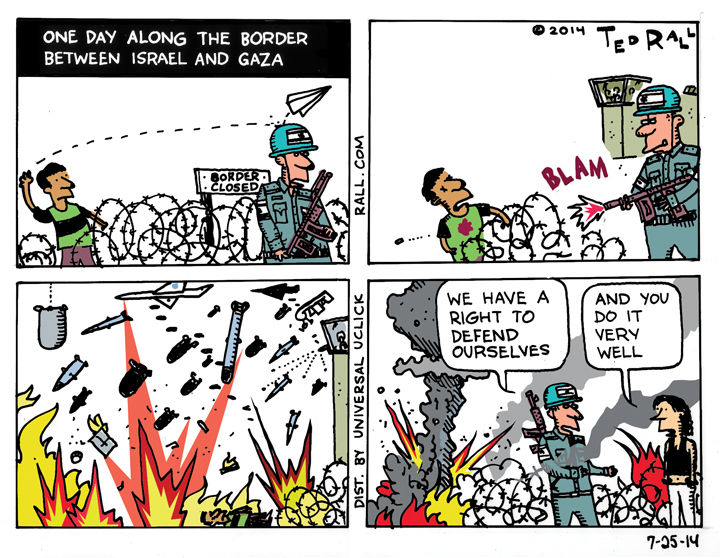