In May 2009 I had an exchange with MPAC Ireland.

This exchange was also on their site (try here).


Guinness ad.
Under sharia, Guinness would be closed down.

MPACIE is indeed a branch of the larger UK body, and like its UK model it works tirelessly yet peacefully to raise the Muslim profile, seeking conciliation and mutual respect.

We honour and esteem the noble virtue of Jihad, but believe our struggle in this land is peaceful - our swords are our pens. In this regard, we follow the noble ayah of Allah where he commands us to 'fight them (the disbelievers) in the way they fight you'(9:36). The battle in this land is ideological, not physical.

Our concern is Ireland and how it treats its minorities, in particular its Muslim population, accordingly you will not find any reference to any country that does not have a direct bearing on the situation for Muslims here. We make no apologies for that.

We abhor any infringements on the rights that Allah has bestowed upon man, wherever and whoever that may be.

You accurately assert some Muslim immigrants are unlikely to associate with MPAC. Your reasons however betray the real reason, fear. Like their UK counterparts, they will undoubtedly come to realise that assimilation is not the answer, for no matter what they do - they will always be considered different and never truly Irish. Sadly for their children, who are subsequently rejected by both communities (the host and the native) the difficulties are compounded and as we have seen in the UK, such disenchantment is fodder for extremists. There is no need to repeat the mistakes of the UK in this regard.

Unfortunately, the freedoms that you espouse are the very freedoms being denied Muslims. On the issue of free speech, we find your mention of it disingenuous at best. You simply cannot talk about this freedom when there is an obvious inequality in speech resources. Regarding freedom of sexuality, we've seen nothing on your site indicating disagreement with the discriminatory affidavit that only Muslim men must sign, disavowing polygamy. It would appear that you too have reservations when it comes to freedom of sexuality, should we deport you?

MPACIE does indeed support the blasphemy bill, and much to the consternation of hate-mongers and detractors we will not stoop to the level of gross insult and offence to get our point across. And that we believe is the criteria. If you can't present your case without resorting to affront, you have no argument at all and are simply demonstrating incivility. In the interests of societal cohesion and social order, this bill should be supported.

Well maybe we could have a civilized debate. I will respond more later but just a quick point:

I am not opposed in principle to polygamy. Provided people are consenting adults they can do what they like. How tax and inheritance would work is not something I have thought about, but I wouldn't be opposed to such arrangements in principle.

I believe in a free society. I doubt if you do. For instance, I predict you will be unable to answer simply "yes" to my next question.

Should homosexuality be legal in all countries, including Islamic-majority countries?

BTW You never answered the challenges I made to you on my website, where I ask you to say something reassuring, something that makes me think you believe in western liberal democracy.

For example, exactly which critics of Islam and Islamism should be allowed to speak, according to you? Give me a sample list.

Well I would like to keep it civilized. Even though you seem to have very simplistic and primitive beliefs about freedom, democracy and the separation of religion from the state, I would still hope that you might learn eventually what is so great about western free societies. Or if not you, some lurkers may be listening.

It seems to me that you and Liam (if you are different people) are confirming everyone's prejudices that Islam in Ireland is a threat to our ancient freedoms. No other minority religion is threatening to impose its doctrines on us by force of law. Are you two deliberately trying to spread fear of Islam?

I never said I think the majority should be able to do what it likes to the minority. I bet you don't believe that either. If the majority in Ireland voted to expel all Muslims, I would oppose it. I bet you would too. I believe in a free society. Democratic voting is simply a (fairly) reliable means to that end. Democracy is not sacred to me. The free society is what is sacred to me.

Sharia should be abolished in Iran, Pakistan, Sudan, Saudi Arabia and all other Islamic countries. It should be replaced with freedom of religion, free speech and freedom of sexuality. If you do not believe this, then you are a threat to my liberties. I pose no threat to your liberty. It is disgraceful for you to threaten mine.

If this website is meant to spread Islamophobia, it is doing a good job. Day after day, this website promotes the idea that Islam is a potential threat to all Irish people. You may be happy with this, but you are doing a grave disservice to the numerous Irish Muslims who do not threaten our freedom.

To "Muslim in Ireland":

On immigration to the West, I am broadly pro-immigration. But I believe that immigrants who threaten Western freedoms, and want to end them, should not be let into the West, and should be deported if they are here. This is quite uncontroversial. Most people in the West would agree with this. Consider these surveys:

And this one may really surprise you:

Why does this bother you anyway? Why are you sticking up for people who threaten my freedom?

You claim you do not threaten my freedom myself. But you support sharia, so your claim is false.

Anyway, back to MPAC. Does it threaten my freedom or not? It's hard to say. This whole discussion will certainly make people more afraid of MPAC. This was your chance to put our minds at ease, and you blew it with your support for sharia.

Consider this: The majority of Britons (53 percent) feel threatened by Islam:
http://www.telegraph.co.uk/news/1527192/Islam-poses-a-threat-to-the-West-say-53pc-in-poll.html
Islam has only been in Britain for a couple of decades, and already it has burnt its bridges! That's because of sharia-threatening Muslims like you.

Also, 59 percent of Britons say all immigration should be halted:
http://ukpollingreport.co.uk/blog/archives/196
which is far more extreme than my position. Much of the population is (or could easily swing) to the right of me on these issues. And people like you are encouraging that extreme reaction. All they hear day after day from sharia-threatening Muslims like you is the message loud and clear: "Yes you are right to fear Islam".

I try to argue the case: "No, fear Islamism, not Islam". But people like you don't make it easy for me.

(At this point the weirdo calls me a racist, so I think it's time to bail out.)

(Some other weirdo then says that under sharia, Ireland's pubs will all be closed down, sex will be policed by religious maniacs, and the gays will be rounded up, and that's why we should support it. Thanks for making my point for me!)

Is MPAC a threat to our freedom? They certainly talk as if they are. They say nothing to reassure us. Certainly, they make me more nervous about Islam in Ireland than I was before. (I'm sure they have that effect on every non-Muslim.) They are an organisation that is spreading, not reducing, fear of Islam in Ireland.

How to reduce fear of Islam in the West 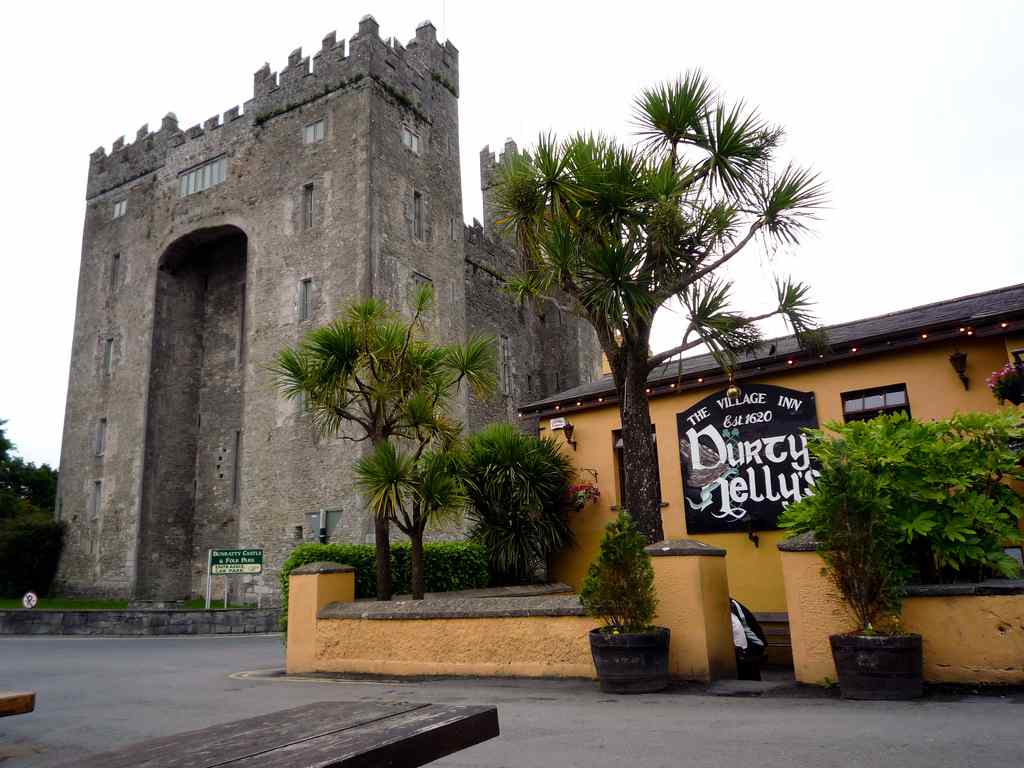 A lovely Irish pub.
Under sharia, Ireland's pubs would all be closed down.
See full size. From here.
This is "Durty Nelly's" at Bunratty Castle, Co.Clare.