Real poverty - where families starve to death, and have no shoes or proper clothing, and no medical care, and infants have a high death rate - does exist in the world today, in the Third World.

The Western "poor" are not really poor at all, in historical terms. Their great-grandparents, and even their grandparents, were much poorer. Nor are they poor in geographical terms. Take the most restrictive definition of the "poor" in any Western country, and they will still be among the richest people on earth.

The Western "poor" do have terrible problems. But their problems are not poverty. They are other things. 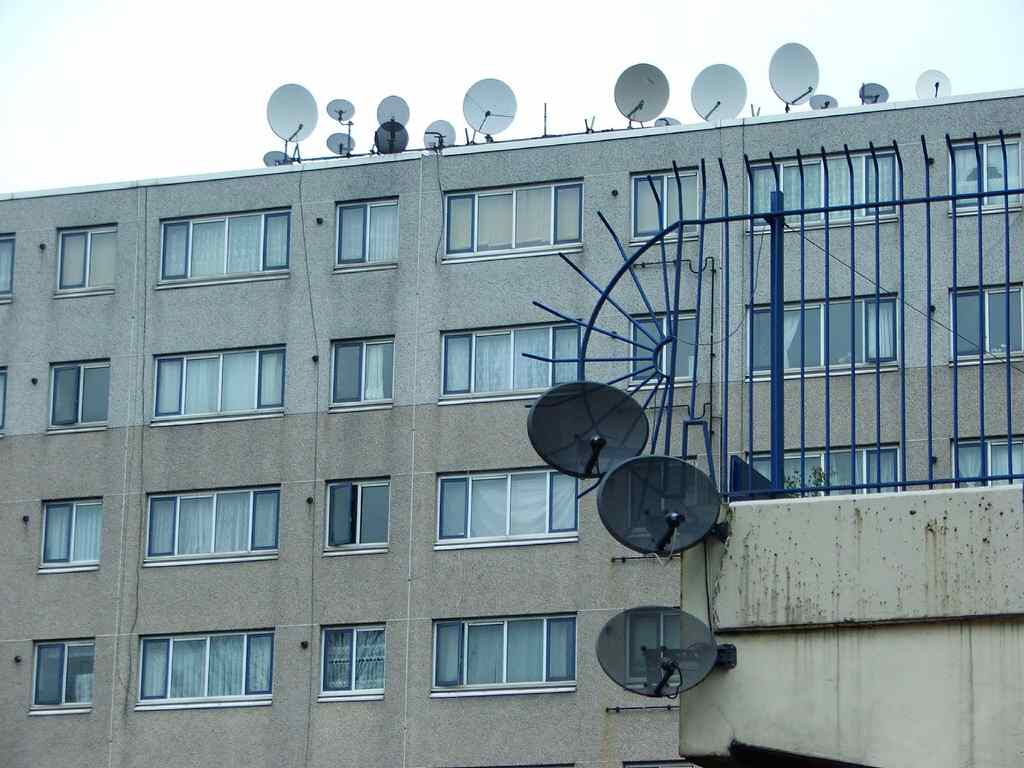 Satellite TV dishes on council housing in London, 2007.
See full size. From Ben Scicluna. See terms of use.
Search for other similar images.

The definition of "poor"

Property owned by Americans classified as "poor" by U.S. Census Bureau.
From The Heritage Foundation.
Most of these things I never owned until my 30s, and a few of them not until my 40s, after years of hard work.
I still do not own air conditioning, a garbage disposal, or a stereo.

Persons per room of Americans classified as "poor" by U.S. Census Bureau.
From The Heritage Foundation.
My family has 0.75 persons per room. That is, over 66 percent of "poor" Americans have more space than us.

Household space per person of Americans classified as "poor" by U.S. Census Bureau.
From The Heritage Foundation.
My family has 240 square feet per person. Even the "poor" apartment dwellers have more space than us.

Leftists claim to care about the poor, and yet their policies don't seem to help the poor become not poor (which surely is the whole point).

Social mobility, not more hand-outs and welfare, should be the primary goal of every person who really cares about the poor. And social mobility, it seems to me, is easier in America than anywhere else on the planet. Europe is not bad, but is more influenced by class, accent and address. Most of the world is dominated by tribe, religion, caste, family, and political corruption. It's hard to escape your destiny in most of the world. But in America if you go to school, and work hard, you'll make money. It's not perfect, but it's better than anywhere else. If you care about people's material circumstances, as leftists since Marx claim to, then you ought to want every country in the world to be like America.

The left don't understand the poor

Why have leftists been incapable of helping the poor become not poor? The main problem is that leftists have no real understanding of what it's like in the poor uneducated underclass. Leftists understand middle-class liberal coffee-house culture, but little else.

What stops people getting out of the ghetto?

There have been studies that suggest social mobility has declined in the west recently (in the sense of the absolute numbers of people moving from poor up to middle class). 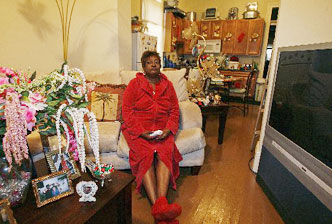 One picture sums up the strange nature of many of the modern western "poor".
Sharon Jasper, an activist, age 58, who has lived off the taxpayer all her life in public housing in New Orleans.
From article: Housing officials claim surplus, December 18, 2007, The Times-Picayune, New Orleans. See original image.

The left don't understand what it is like among the western poor. Similarly, the left have no realistic idea of what it's like in undemocratic countries. They understand comfortable middle-class life in a free country, but little else.

Cox and Forkum cartoon on western idiots like Jimmy Carter, who is surprised when North Korea lies to us.
From here.

The left don't understand criminals - for, essentially, the same reasons why they don't understand dictators:
Typical glorification of a "poor" burglar (that is, a lazy, selfish, violent bully) by a wealthy western artist.
From the disgusting film The General.
By glorifying people like this, rather than those who study in school and work hard, western intellectuals help to keep poor people in the ghetto.