Mo Ansar is promoted by the BBC and the Guardian as a "moderate" Muslim. So it is no surprise to discover he is a right-wing Islamic reactionary. 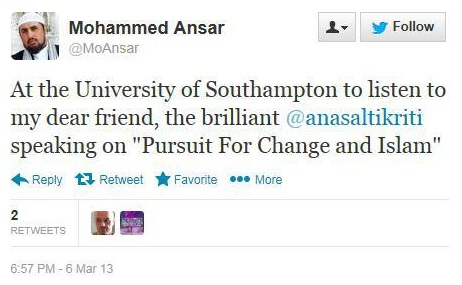 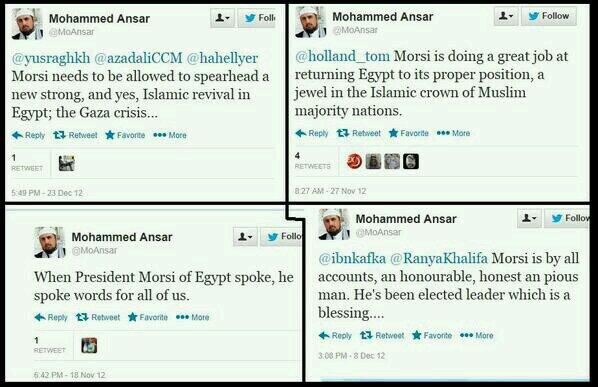 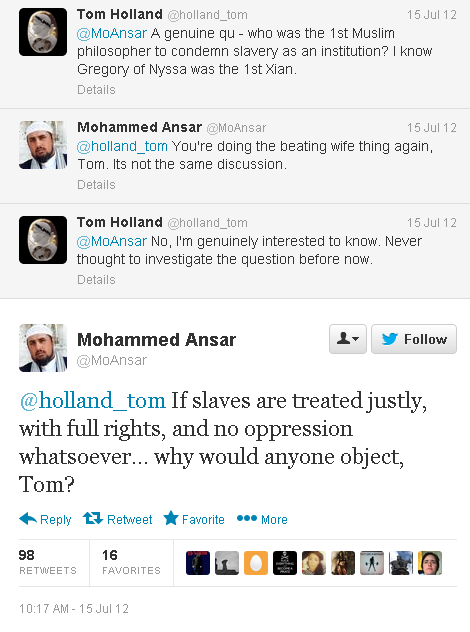 Mo Ansar has a problem trying to explain Islam's long support for slavery and lack of interest in ending it.
Muhammad himself bought, sold, captured and owned slaves and all of Islam supported slavery until recently.
Indeed, for centuries Islam was famous in Europe for capturing Europeans to use as "white slaves" (including sex slaves).
Faced with all this background, Mo Ansar attempts some ham-fisted defence of slavery itself. 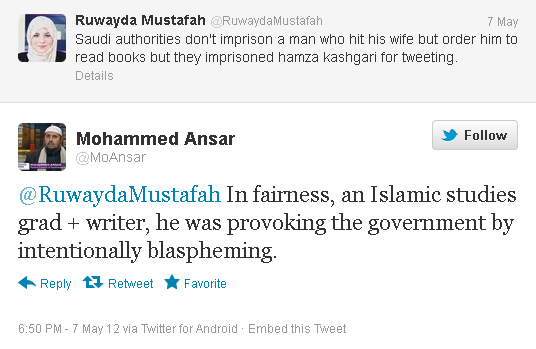 Mo Ansar, 7 May 2012, defends the Saudi arrest of tweeter Hamza Kashgari for "blasphemy".
He faces a possible death sentence for harmless tweets about the Prophet Muhammad.
And Mohammed Ansar supports this.
Disgusting. 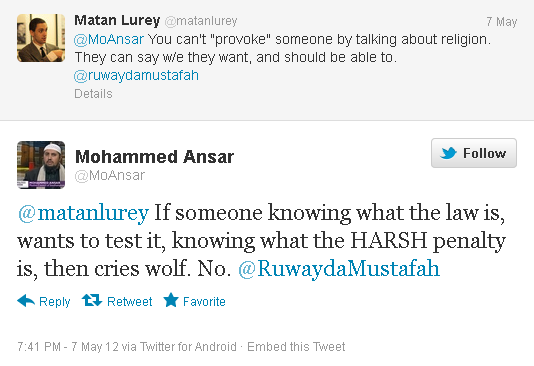 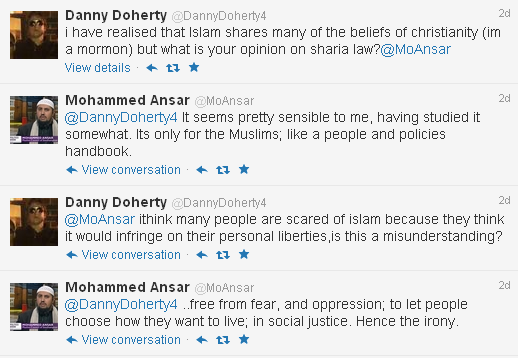 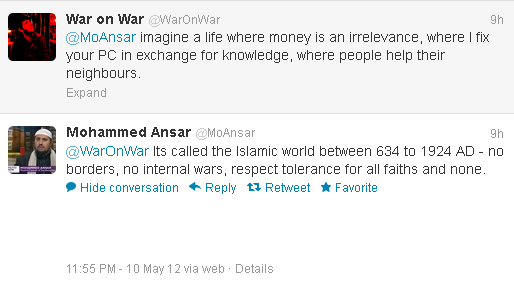 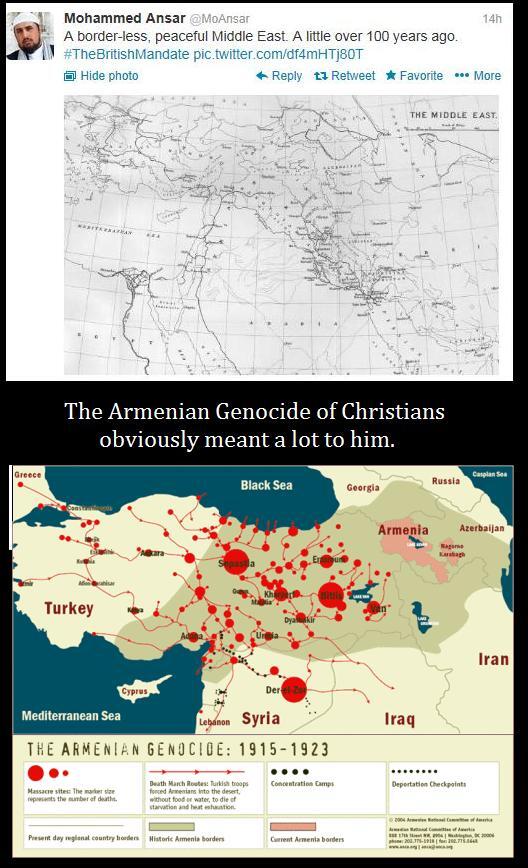 Mo Ansar keeps making "moderate" statements that only sow confusion when compared with other statements.

For instance, Mo Ansar promotes Yusuf al Qaradawi, who says gays and apostates should be killed. Does Mo Ansar condemn this?

I have repeatedly tried to get clarity, but no luck.

Exchange in Nov 2013.
It starts off well but quickly leads to confusion rather than clarity.
His reply was here. 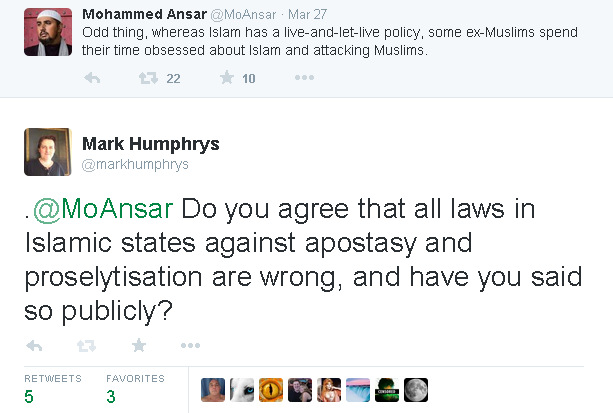 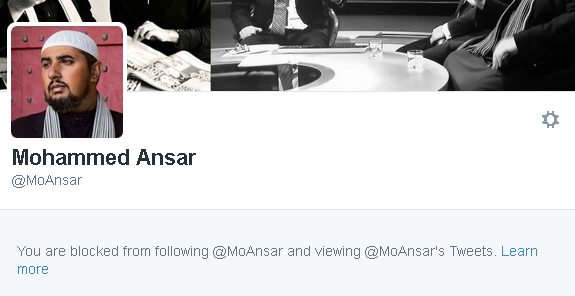 I finally got my answer. 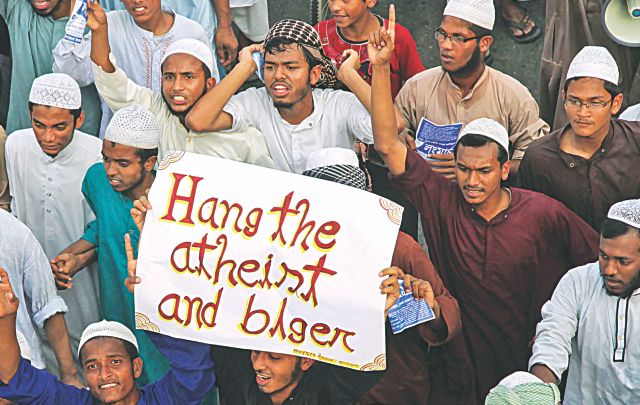 Islamist mobs from Hefazat-e-Islam march in Bangladesh, Apr-May 2013, calling for atheists to be hanged.
Image from here. 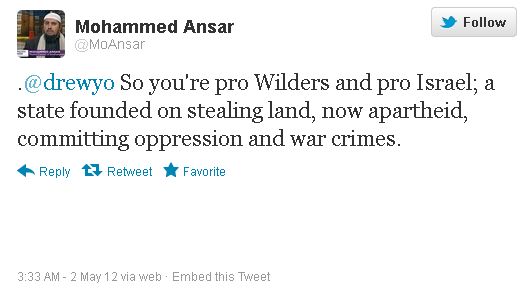 He hates Israel.
And more. 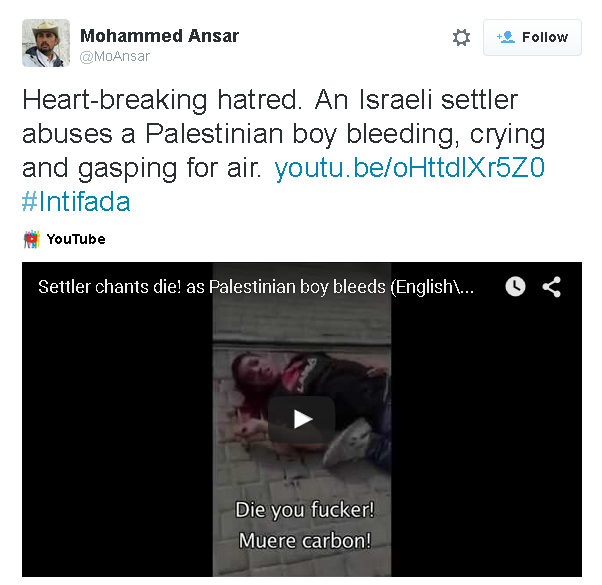 Mo Ansar, 13 Oct 2015, is angry that a Palestinian terrorist boy is called names after he stabbed and critically injured a Jewish child. 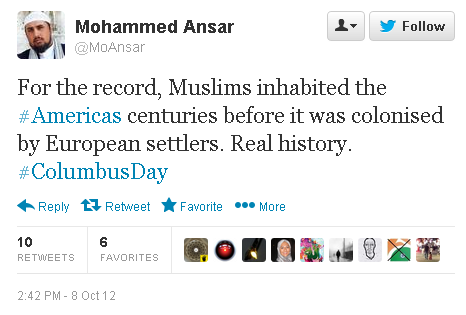 He claims Muslims discovered America.
This is of course just pious Muslim pseudohistory. 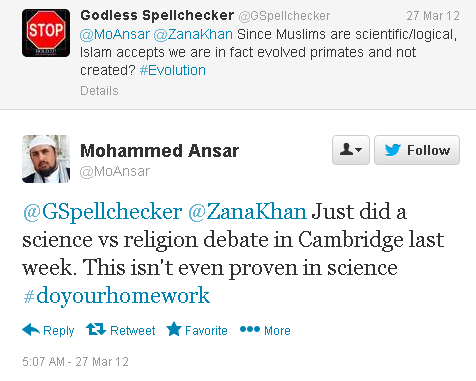 He is a creationist. 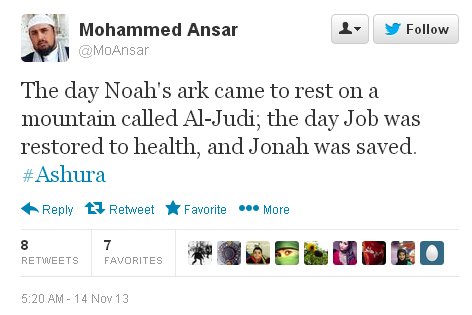 He believes in Noah's Ark.

Ultimately, Mo Ansar's real problem is that "Allah" does not exist.