Of the many West-haters, Britain-haters and tyranny-worshippers at The Guardian, Seumas Milne has long stood out as one of the worst.

In Oct 2015, the new Labour leader, the radical left Jeremy Corbyn, appointed Seumas Milne as Director of Strategy and Communications. No decent person could vote for Corbyn's Labour. Any party that would give Milne a job is a sick party that no decent Brit could ever vote for.

The fanatic Milne tells an anti-Israel demo that the Palestinians "have the right to resist", London, 24 Nov 2012.
Why would any liberal democrat read this newspaper?

At a 2011 meeting of "The Equality Movement" with the theme "What is Imperialism?" Seumas Milne described the "resistance" in Iraq and Afghanistan as one of the "historic advances" of the modern age.
Now this "resistance" is the Taliban, Al Sadr and AQI/ISIS. He is praising the enemy that killed British troops.
Labour is dead. No liberal democrat could vote for the Labour party now.


Counterfire has left an extended 12 minute version online.
It is just the highlighted clip of Milne by his enemies that they issue copyright threats to.


This 2 minute clip (from 9:20 in the above) was formerly posted here.
Counterfire got it deleted to help cover for Milne when he got a powerful job with Labour.
So this is my copy. You can download it here: milne.jihad.mp4

Defence of the Soviet Union and Putin

Like every West-hater, Seumas Milne admires the illiberal enemies of the West. He has a long record of defending communism (anything except liberal democracy). 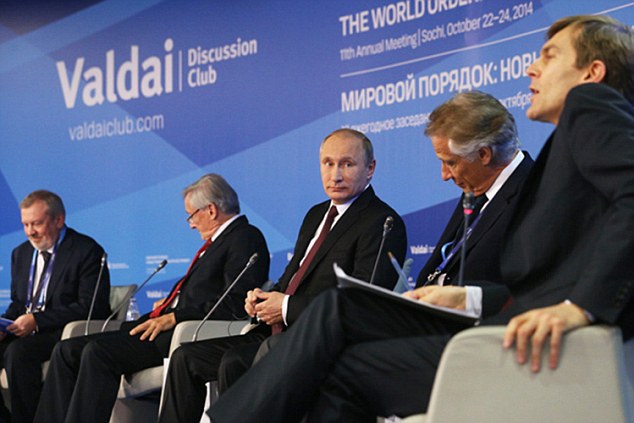 In the modern era, Milne is a fan of the Russian dictator Putin.
He hates democratic Israel, but loves the unelected Russian dictator!
Here is Milne with Putin at a pro-Russia event in 2014.

Return to The Guardian or Jeremy Corbyn