The death threats against the left-winger Salman Rushdie in 1989 were in retrospect the start of the modern international jihad against all of us.

Salman Rushdie was the "canary in the coalmine" of the modern global jihad.


Salman Rushdie reads from "The Satanic Verses".
This is a witty, highly intelligent and profound attack on the absurd origins of all religions.
Every religious person should listen to this and think about it.

The scene "He has given us... His shoe!" in Monty Python's Life of Brian also depicts the absurd origins of all religions. 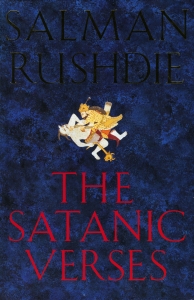 For some reason, people like attaching fake quotes to Rushdie's name. Rushdie himself dealt with this issue in Sept 2014: "That is a fake quote. There are quite a few of those in circulation. Read my books, not the internet." 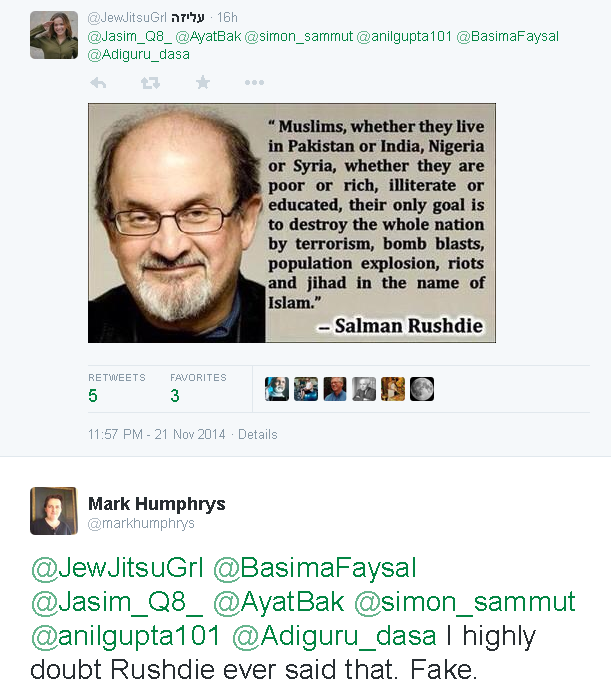 An odd story in Nov 2014: A fake Rushdie quote and a shitstorm of abuse from a "pro-Israel" person. 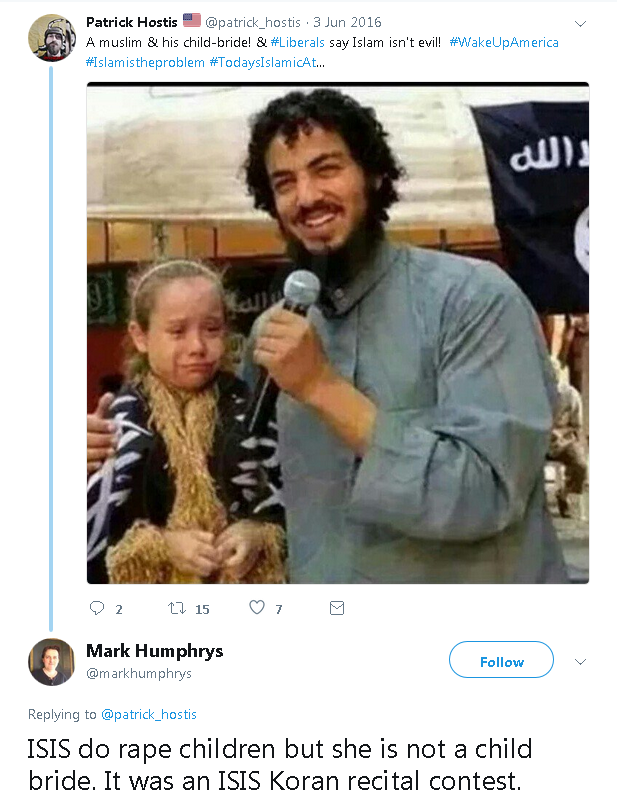 A similar case:
Anti-jihadist Patrick Hostis posts an image in June 2016 claimed to be of a child bride.
I pointed out it is actually of a Quran recital contest.
He did not thank me. Rather he blocked me.

More on the Rushdie affair


The song "Ay Naghi!" (2012) by Iranian artist Shahin Najafi (now living in freedom in Germany).
Shia Islamic religious maniacs say the song is offensive towards the 9th century AD Shia Imam Ali an-Naqi.
An Iranian Ayatollah issued a death sentence against the artist in May 2012.
An Iranian state newspaper called for all Muslims everywhere to kill him.