The freedom of the West is protected by an extraordinary group of people who must leave their families to fight against various vile tyrants and totalitarians in foreign lands, not knowing if they will ever see their families again.

Everyone in the West should pay tribute not only to them but to their families who also suffer and sacrifice so much.


Soldiers come home to their families.
The song is "Praan".

A beautiful 3 year old girl sees her Daddy again.
Daddy! Hi Daddy! I missed you! I love you!" 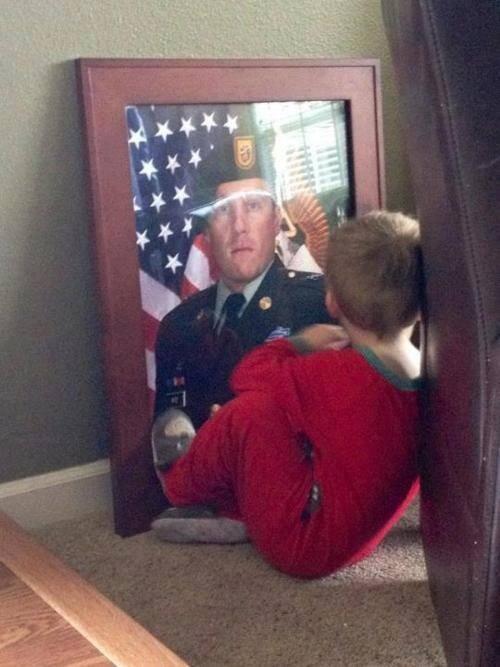 "I found my son sitting having a moment with his daddy (SFC Benjamin Wise) the other day. We lost him January 15 in Afghanistan".
Luke Wise curls up in a corner with a picture of his father.