Irish republican Dan Breen fired the first shot of the Irish War of Independence in 1919.
He was later a Fianna Fáil TD for Co.Tipperary from 1932 to 1965.

He was also a strong supporter of Nazi Germany, before, during and after the war.
I have had some scepticism of my claim that he was a Nazi supporter, Nazi collaborator and Nazi spy.
So I thought I would put all the data I have on one page.

Dan Breen's support for the Nazis

The IRA supported the Nazis during the war.
So did many other Irish republicans, including Dan Breen. 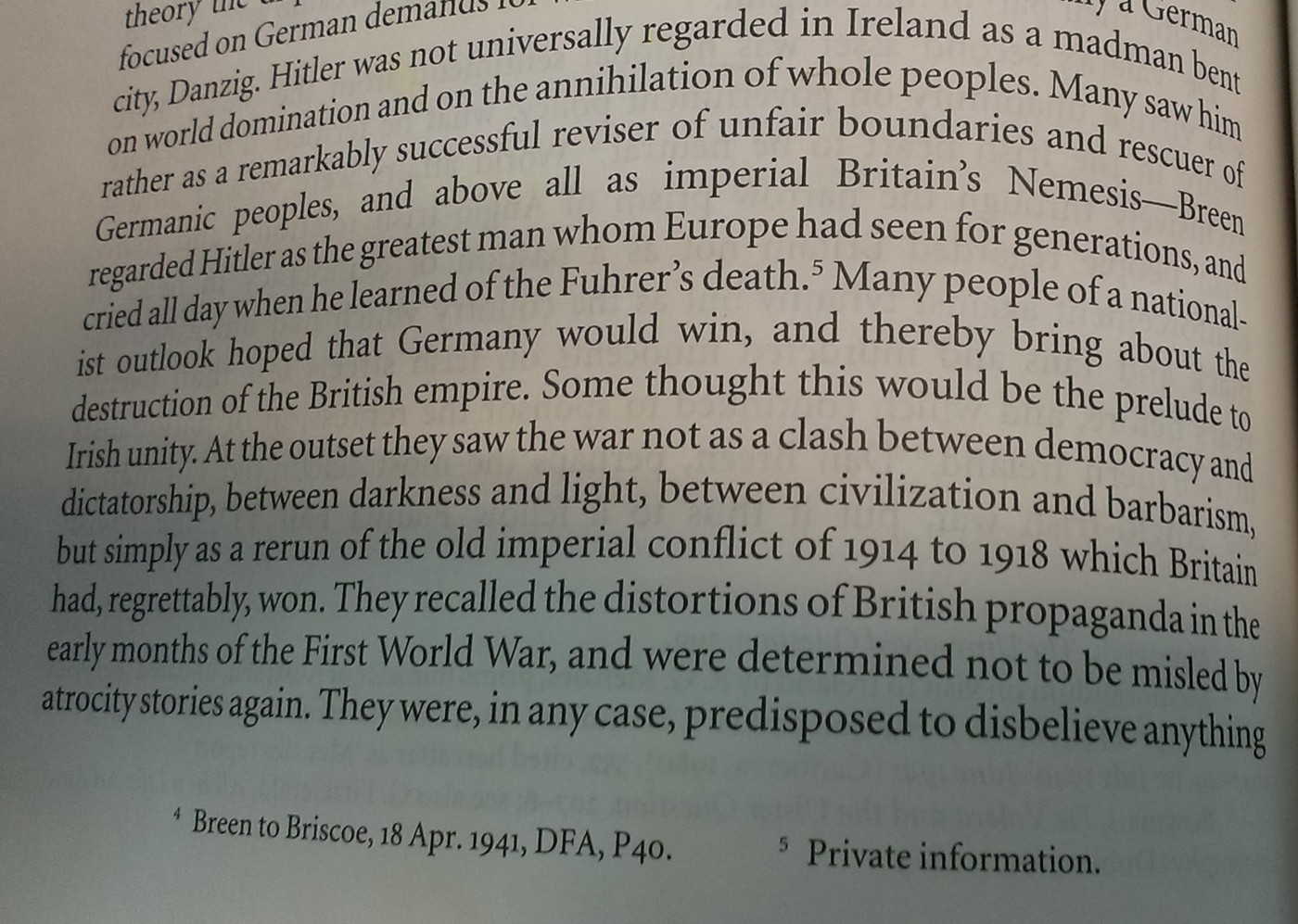 The footnote from the above, giving sources. 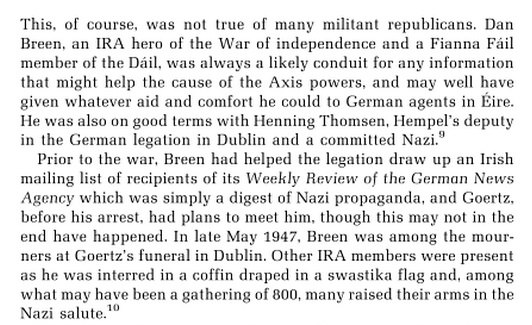 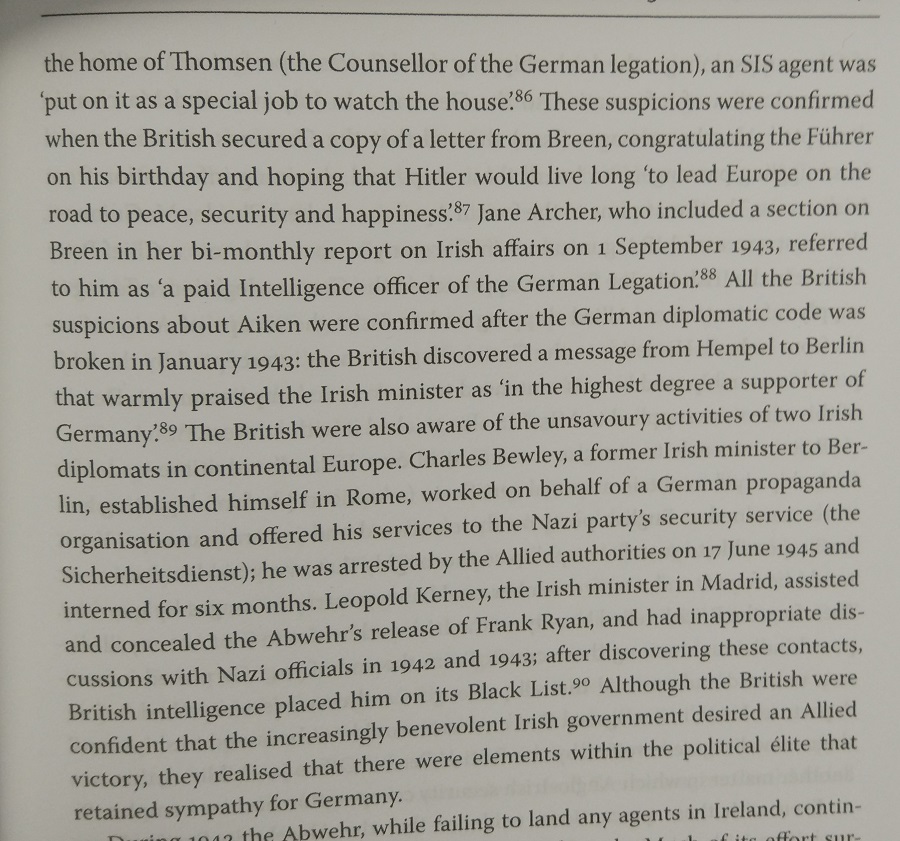 From pp.410-411 of [McMahon, 2008].
Says that Dan Breen collaborated with Nazi Germany in the war.
In her Sept 1943 report, Jane Archer, head of Irish section for MI6, said that Dan Breen was "a paid Intelligence officer" for the Nazis.

McMahon notes that Dan Breen sent birthday greetings to Hitler in 1943.
He hoped Hitler would live long "to lead Europe on the road to peace, security and happiness." 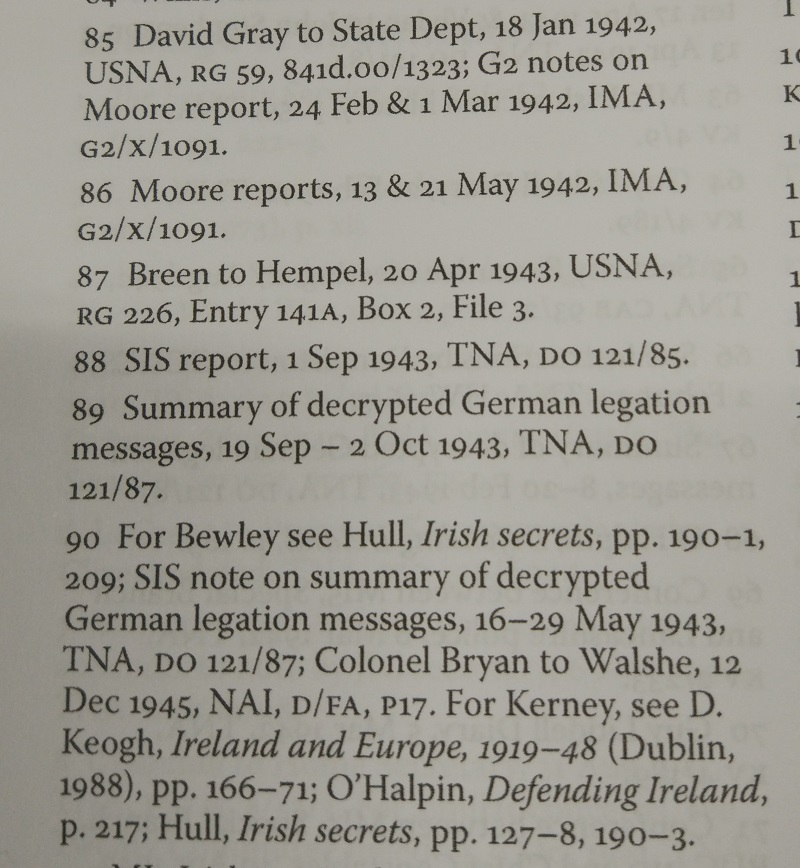 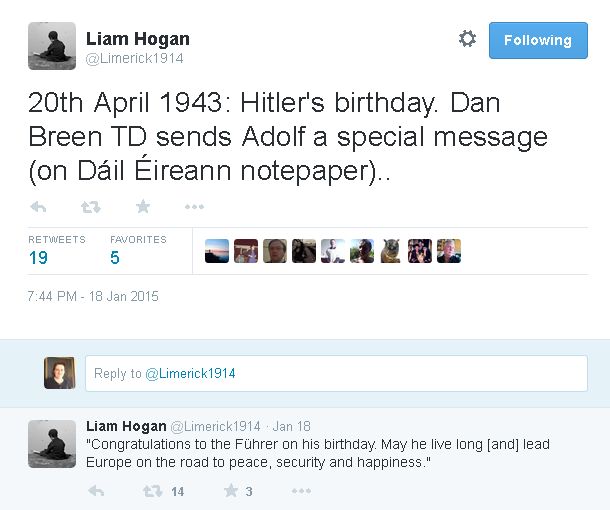 Liam Hogan says that Dan Breen sent his birthday greetings to Hitler on Dail notepaper.
Though he says the reference (in RG 226) is Entry 210, Box 299. 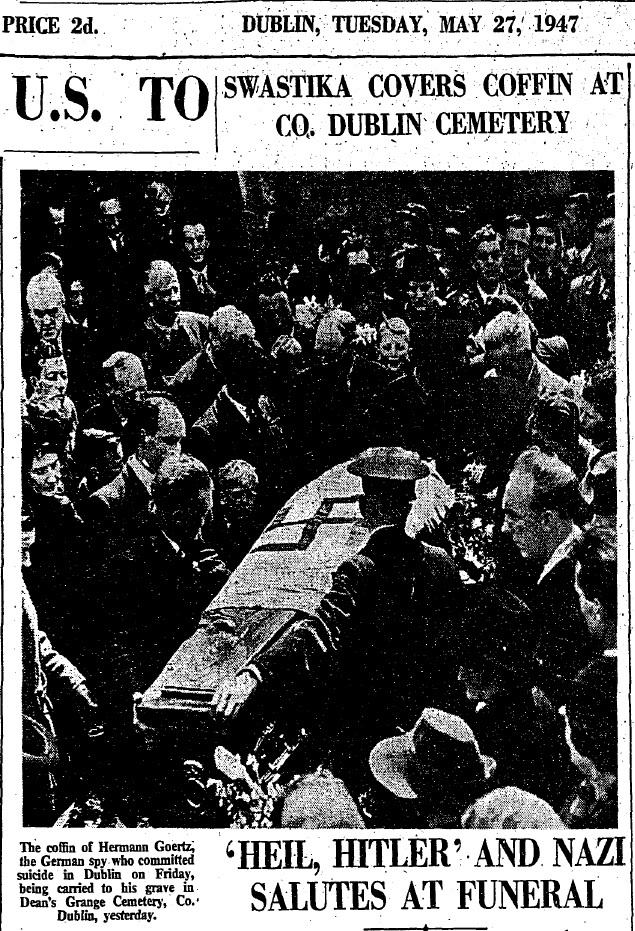 Dan Breen has Hitler pictures on his wall in 1948 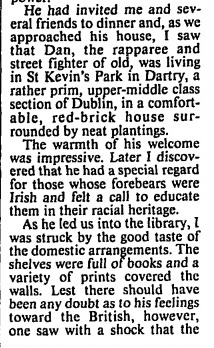 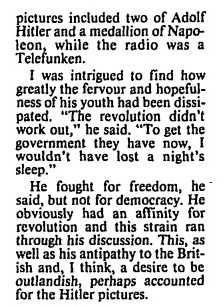 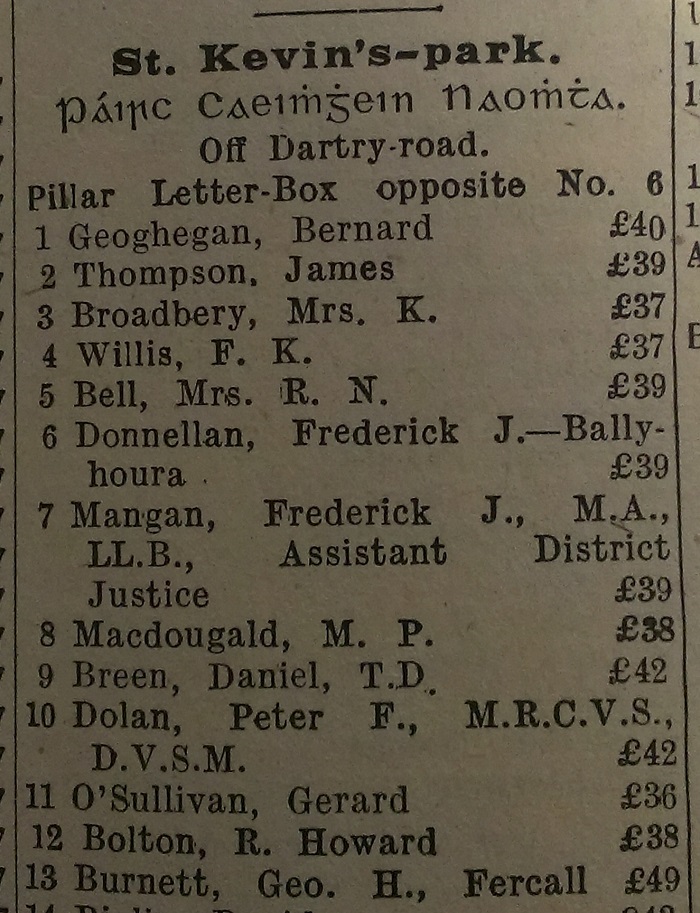 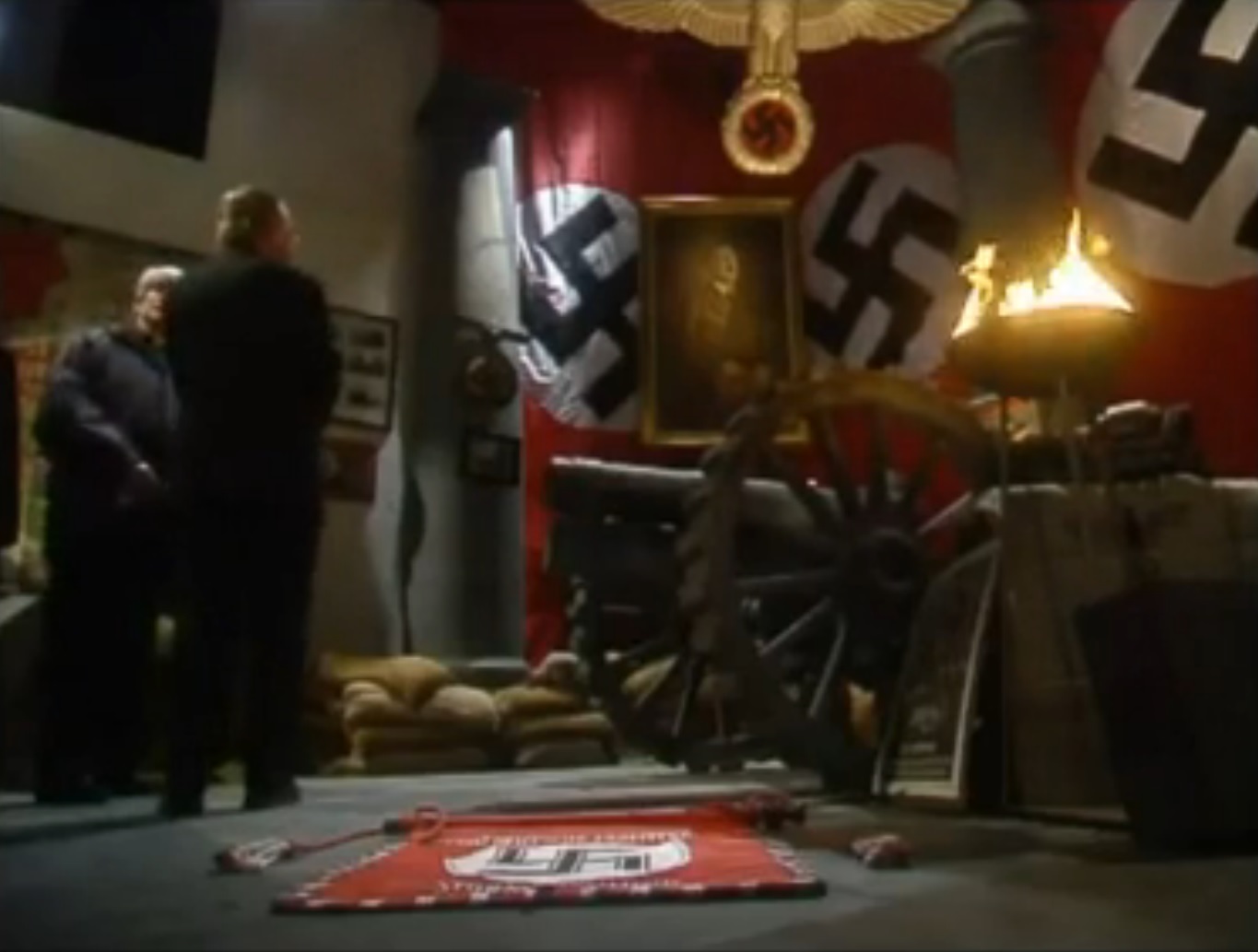 Father Fitzpatrick's room of war memorabilia in a 1998 episode of Father Ted.
I thought of this when I read about Dan Breen's house above.