Exchange at his now-vanished blog "The AngryBlogger".

I have had some updates on the above quotes since. 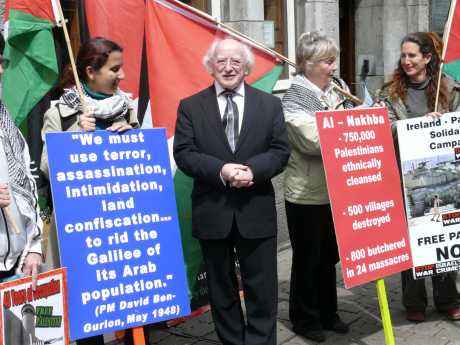 The anti-Israel Irish President Michael D. Higgins at an anti-Israel demo, Galway, May 2007.
He stands beside the above fake David Ben-Gurion quote.
See large size. 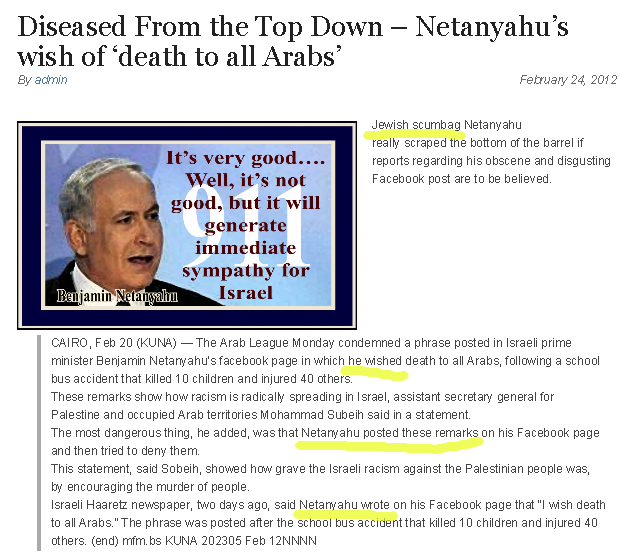 Irish Islamic extremist EireMuslim, February 24, 2012, also promotes fake quotes about Israel.
He claims that Israeli prime minister Benjamin Netanyahu wished death to all Arabs on Facebook. No evidence is presented except the word of some anti-Israel lunatic in Kuwait. No screenshots. Nothing.