Irish sports journalist Ewan MacKenna has a fanatic hatred of Israel for some reason.

Personal abuse, libel, calling me racist, targeting my job. This is what he does instead of debating. I had to block him because of his behaviour. 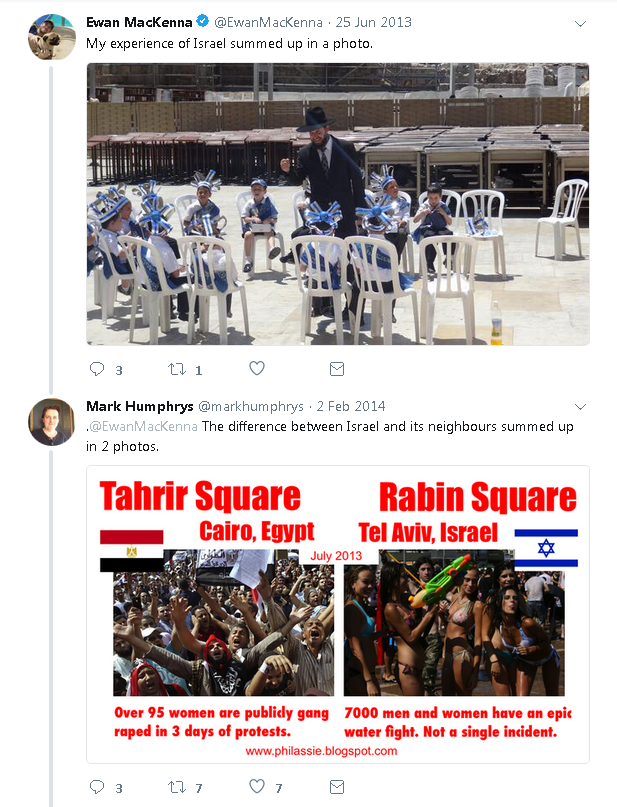 In Feb 2014 I debated him for a bit. It started out as above.
Frankly, his tweet is pretty creepy. A bit like people who "sum up" America with a photo of some evangelical megachurch. 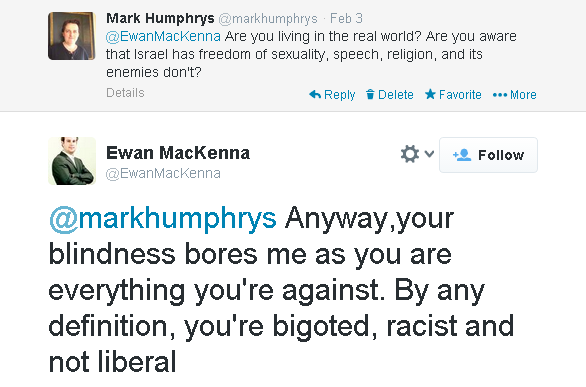 The debate went ok for a while, but then Ewan MacKenna started hurling abuse and libel.
He libels me as "racist" because I defend Israel.
I lost interest in debating him after that. 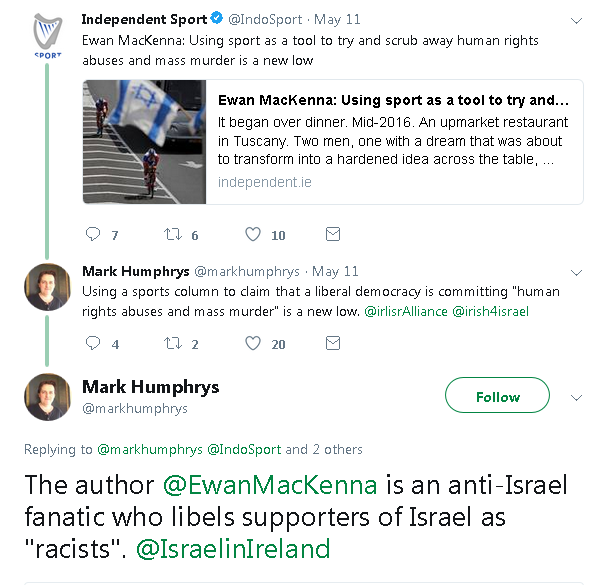 Debate kicked off again in May 2018 in response to an anti-Israel article by MacKenna.
I suppose it's my fault for tagging him in. 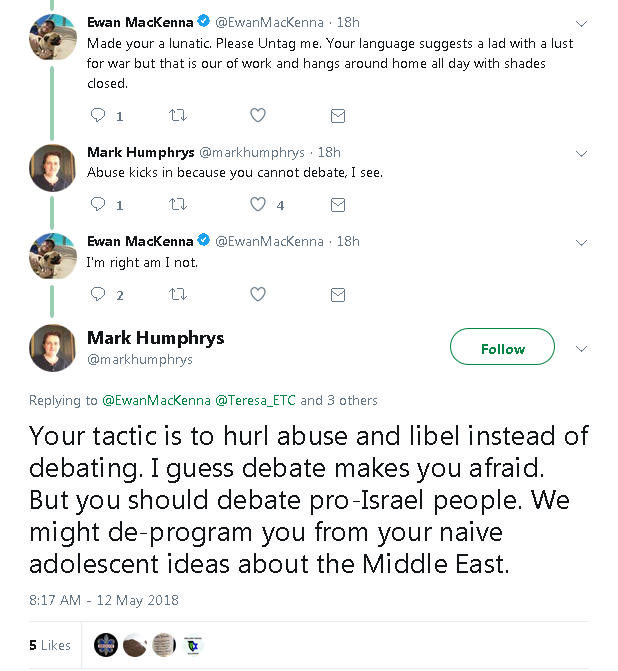 There was debate for a short time, but it did not take long before MacKenna got into some fairly sad abuse.
There was a lot more like this, as he tried to "imagine" my life.
It is easier than debating I guess.

Finally he targeted my job so I blocked him. 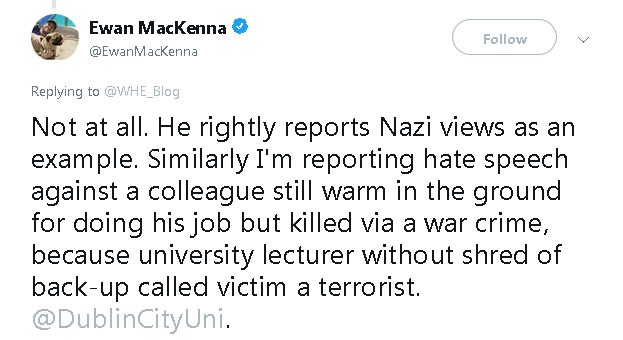 He tags in my employer.

Him targeting my job is based on an error

What is hilarious is that this angry fellow targeting my job is actually based on an error.